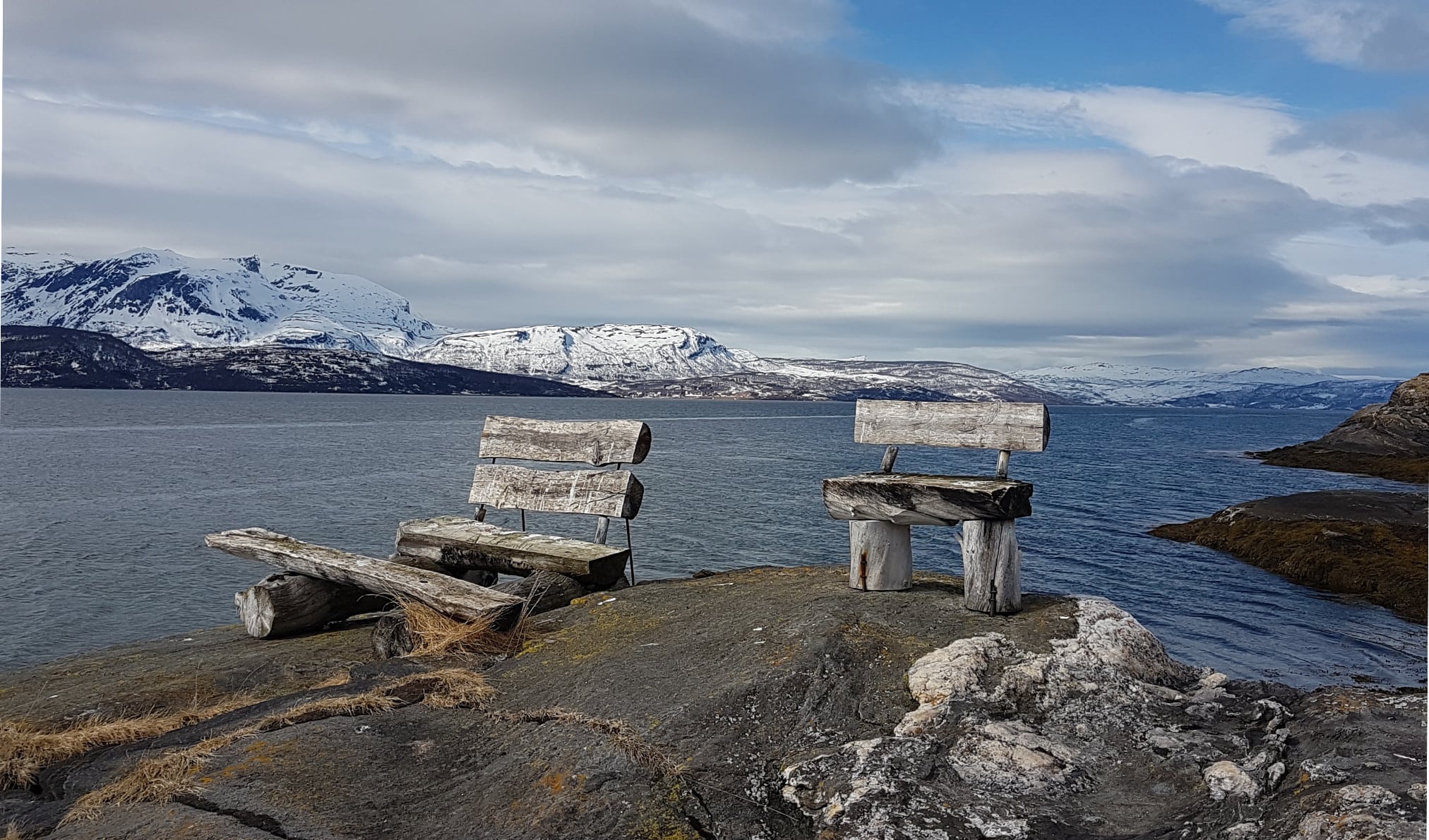 Malangen is a large area in Tromsø and Balsfjord, a collection of fjords. The cabin where most of our camps are located is in Kjerrvika, which is known for the Kjerrvik-murder in 1733.

Birte was a young woman from Aursfjord, who had to marry an older man from Kjerrvika. They had a turbulent marrage and ended with the death of her husband. He was dumpt in the fjord, but he floted up after a short time. Birte and her brother was soon the suspect of the murder and Birtehula is the cave where Birthe and Benjamin hid before they were arrested and excueted as the last ones in Norway. The cave is in Aursfjorden in malangen, near by the farm where Birte and Benjamin came from, and is worth visiting. It’s a medium hard hiking tour and 400 meters high.

Malangen is close to the city of Tromsø, and the inhabitans of Tromsø often come to their cabin in Malangen to relax in the weekends. The norwegians love their cabin. On fridays you will see that most people are leaving the city really early, to go and rest in their cabin. In the cabin you often spend late hours around the bon-fire telling more or less good stories and solving the world problems.

If you are going to arrange a large wedding or a big conference, you might want to get the it all at Malangen resort. It’s a hotel located 1 km from our cabin. They have developed the area really well, with a huskyfarm where you can get a dogsledding in the magic landscape and a nice meal in the restaurant.

At Kraksletta you’ll see Toves gårdskafé, you have to stop and try her homemade lefse and great coffee. She growes vegetable, plants, herbs and make her own seasoning mix, jam, lefse and more.